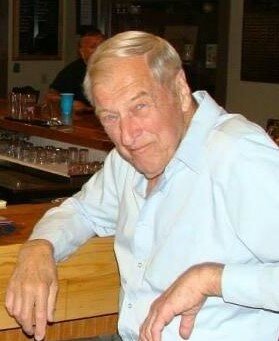 Please share a memory of Stephen to include in a keepsake book for family and friends.
View Tribute Book

Stephen “Steve” Zahorian, 93, of Lincoln Park NJ passed away on Saturday December 31, 2022. Born in Dunmore PA, Steve moved at a young age to Clifton, NJ where he attended High School. In 1956 at 27 years of age, Steve moved to Lincoln Park where he raised his two daughters Susan and Cecily. Steve would spend the remainder of his life in the town he loved while involved with several organizations including the Underwater Rescue Team and the Special Police Officers. As a parishioner of St Josephs R.C. Church in Lincoln Park, he served for many years as the Head Usher.

Steve, an FT3 in the United States Navy, served as a Gunner's Mate on the U.S.S. Vogelgesang DD-862 Destroyer during the Korean War. While enlisted, he served with the Naval Underwater Rescue Team as well as Wrestling Team. In 1994 Steve obtained his Detective License, a position he took very seriously.

If you were ever looking for Steve, it was almost guaranteed you could find him at the Grasshopper Too in Wayne or the American Legion Post 279 of Lincoln Park enjoying time with his Friends and Family. While at the Legion, Steve would most certainly challenge you to a game of Shuffleboard where he would show off his undeniable skills. In his spare time, Steve would put his creativity on display as an avid Woodsmith. He loved creating timeless and classic pieces for all his friends and family to enjoy.

Share Your Memory of
Stephen
Upload Your Memory View All Memories
Be the first to upload a memory!
Share A Memory