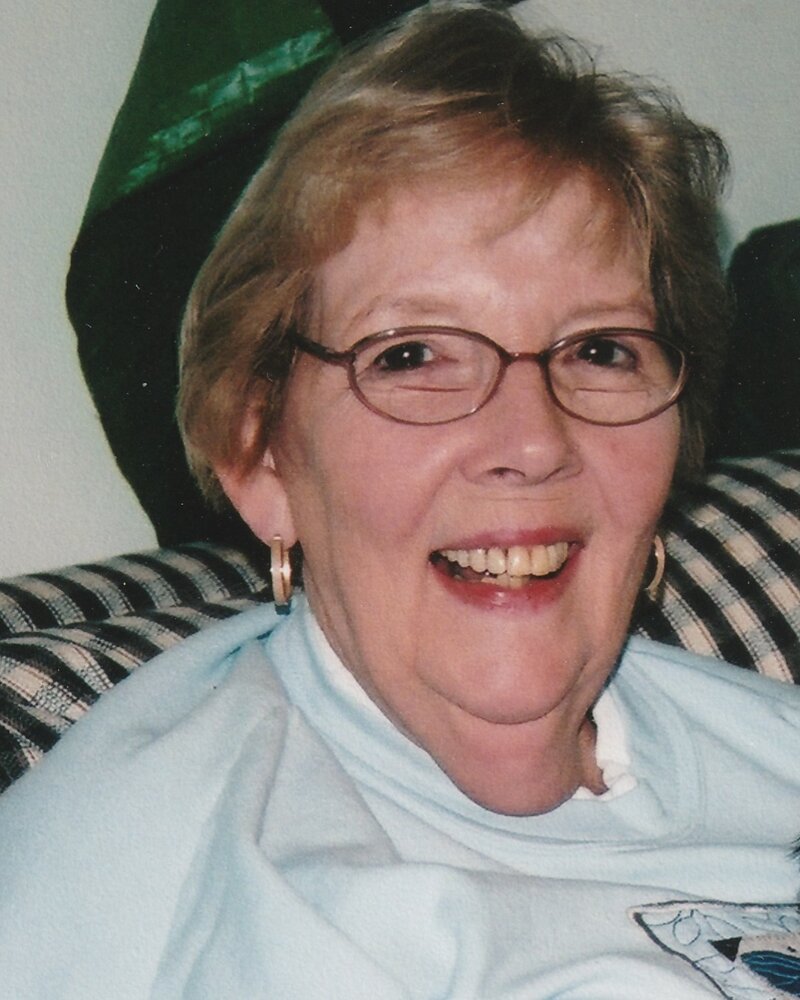 Please share a memory of Carol to include in a keepsake book for family and friends.
View Tribute Book

Carol Ann King (nee O’Reilly), 85, longtime resident of Pequannock, NJ, passed away peacefully in her sleep on August 18, 2022.  She was born November 1, 1936 to Joseph A. and Alberta E. (Cook) O’Reilly in Orange, NJ, and grew up in nearby Bloomfield, NJ.  At age 13, she and her family moved to Lincoln Park where she attended Boonton High School, graduating in 1954.  She started her career at Hahne & Co in Newark working her way up to Regional Buyer.  During this time, she met life long best friends: Betty (Taylor) Claypoole, Beverly (Winkler) Barner Matchett, and Elaine Vogel. They would all remain close friends for more than 60 years.

In 1959 Carol, along with her cousin Gail, sought to start a "Young Singles" group at their local church and were directed to reach out a young man, Ed King, who ran a similar group at Christ Episcopal Church in Pompton Lakes.  Carol & Eddie soon started dating and married in 1962 at St. Andrew’s Episcopal Church, Lincoln Park. They started their family with daughter Alison and son Andrew in Pequannock, NJ where they lived and raised their family for 35 years among a group of wonderful neighbors and near their extended families.

Carol’s passions were family, gardening, and reading, in that order.  She devoted herself to her children and large extended family, organizing birthdays, holidays, picnics, and dinner parties that were her joy.  Both her flower and vegetable gardens were the result of a life long passion for gardening.

In 1976, Carol began a new career with United Jersey Bank in Lincoln Park, NJ, where she remained for 19 years through several acquisitions, retiring from Bank of America in 1995 as Assistant Vice President.

In 1997, Carol and Eddie retired to Manasquan, NJ to be closer to their dear friends and the beach community they loved. Carol became Treasurer and a member of the Board of Trustees for the new retirement community, a volunteer position she held for 12 years.  She was very active socially, spending time with her children, grandchildren, with her lifelong friends Betty, Beverly, and Elaine.

When husband Eddie passed in 2012, Carol moved to South Windsor, CT near her son, Andrew, and his young children.

In early 2020, Carol moved to an assisted living facility in Allamuchy, NJ near her daughter, Alison, and family. While physically challenged by arthritis and deteriorating health, her mind remained sharp and she enjoyed frequent visits from extended family and friends always engrossed in everything happening in their lives.

Carol is predeceased by her husband of 49 years, Edmond King, her parents Joseph A. and Alberta O’Reilly, and her brother, Joseph E. O’Reilly.  She is survived by her daughter Alison (Richard) Woods, her son Andrew (Kim) King, 6 grandchildren and 5 beloved nieces and nephews.

A funeral service will be held at 10am on October 1st, at Christ Episcopal Church, 400 Ramapo Ave, Pompton Lakes, NJ 07442.  Burial will be at the 1st Reformed Church Cemetery, Pompton Plains, NJ followed by luncheon and Celebration of Life.

Share Your Memory of
Carol
Upload Your Memory View All Memories
Be the first to upload a memory!
Share A Memory