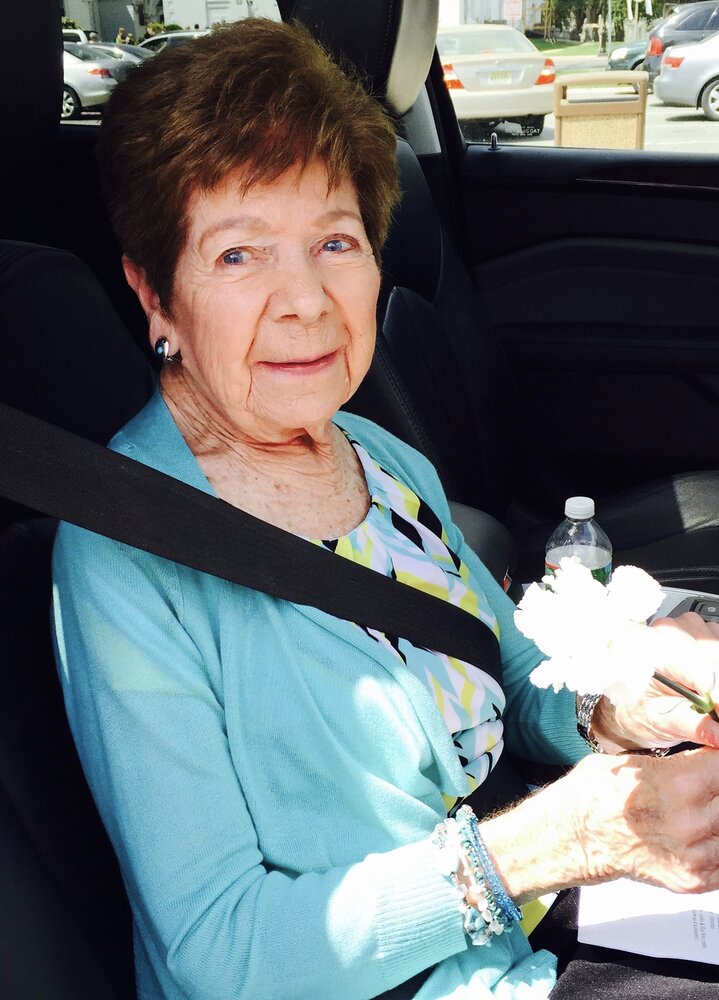 Please share a memory of Eleanor to include in a keepsake book for family and friends.
View Tribute Book

With profound sadness, we announce the passing of Eleanor Cyriax (Tonjann) Handel. Eleanor passed away on July 10, 2021 after reaching the age of 94 years old. Eleanor was born on December 22, 1926 in New York City to Conrad and Mary Cyriax and grew up in Guttenberg NJ, later moving to Bloomingdale NJ to raise her family with her husband John Tonjann. Eleanor’s career was largely spent as a homemaker and later for the Kinnelon School District and at Zester Insurance Company as an administrative assistant before retiring to Palm Bay, FL. For the past twenty years, Eleanor lived in Pequannock, NJ and was a member of the First Reformed Church, Pompton Plains NJ. Eleanor loved spending time at the beach, reading, playing cards, watching her “stories” and most of all spending time with her family and friends. Eleanor had a friendly personality and her sense of humor was contagious to everyone she met. She had an uncanny ability of making people laugh wherever she went. You knew Eleanor was nearby if you heard people laughing. Eleanor is predeceased by her parents, Conrad and Mary Cyriax, husband John Tonjann and second husband Ted Handel, two brothers Conrad Cyriax and George Cyriax, sister-in-law Muriel Cyriax and son-in-law Barry Meier. Eleanor is survived by her 4 children: John Tonjann and his wife Joann of Stockholm, NJ, Amy Meier of Riverdale, NJ, James Tonjann and his wife Linda of University Park, WA, and Ruth Mickens and her husband Mark of West Milford, NJ. Eleanor was a loving grandmother to nine grandchildren: Barrie-Lynn, Christopher, Jeremy, Lauren, Karolyn, John, Ryann, Samantha and Timothy. She was also “GG” to eleven precious great-grandchildren: Olivia, Gwyneth, Vera, Travis, JJ, Tyler, Isabel, Lia, Blake, Nathan and Noah. A celebration of life in loving memory of Eleanor will be held at Keri Memorial Funeral Home, 125 Main Street Lincoln Park, NJ on October 9, 2021 from 2pm - 4pm.

Share Your Memory of
Eleanor
Upload Your Memory View All Memories
Be the first to upload a memory!
Share A Memory