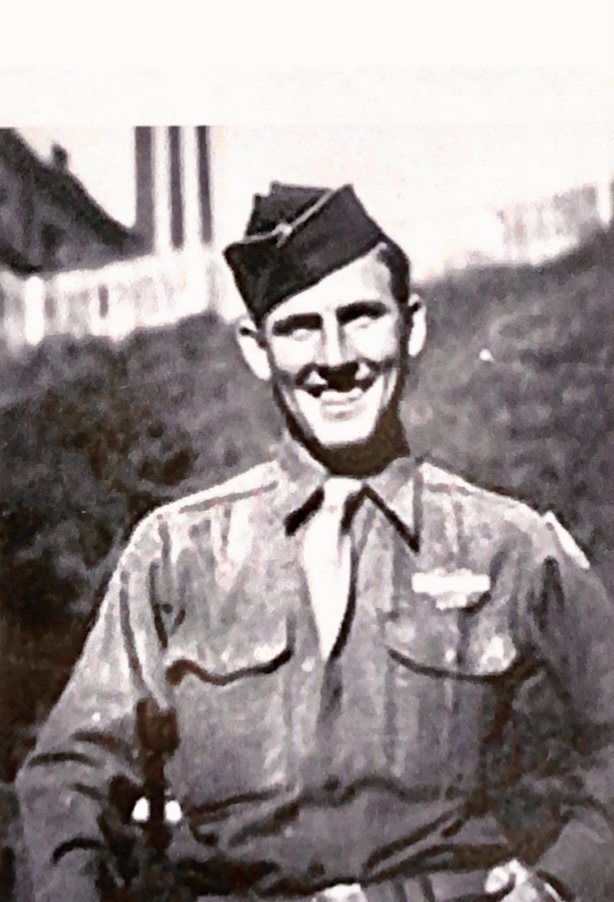 Please share a memory of Cleave to include in a keepsake book for family and friends.
View Tribute Book

Cleve was born in Stigler, Oklahoma on November 11, 1925, son of the late Bertha May (Simmons) and Olen Henry Ledford.

Cleve and his late wife, Christine, were married 67 years at her death in 2012 and had a son, Neil, who predeceased them in 1989. In addition to being a loving and doting husband and father, Cleve was a dear friend to many. He would often regale his friends and neighbors with tales from a life well-lived. Whether sharing stories from his youth in Oklahoma, chasing jack-rabbits on horseback, harrowing adventures while serving the U.S. Army in Europe during World War II, or unique and challenging missions during his 28-year career as a Newark Police Officer, Cleve was always quick witted, with a great sense of humor. His warmth and generosity will be greatly missed by all.

During WWII, Cleve served as Private First Class in the 65th Infantry Division, 3rd Army with Patton between 1944-1946 and was awarded the Combat Infantryman Badge.

Share Your Memory of
Cleave
Upload Your Memory View All Memories
Be the first to upload a memory!
Share A Memory