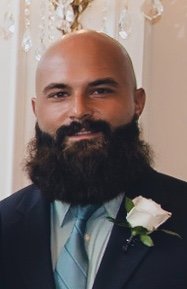 Joseph was born in Plainfield, NJ on March 28, 1992 to Carmine and Jeanne Carrano. He graduated from Boonton High school and became a certified personal trainer. Most recently, Joseph became an Iron Worker at Local 11 and was continuing his education to complete his Iron Workers Certification.

Joseph was intelligent; he was strong-willed and had a presence about him. He had a love for his Pontiac TRANS AM and a passion for working out and fitness. If he wasn’t in the gym working out, he was cruising around in his muscle car or going to school. Joseph was a man of few possessions, but what he had meant something to him. He was a man of few words, but when he spoke you listened. Joseph had a heart of gold for his family and close friends.

Private viewing will be held.