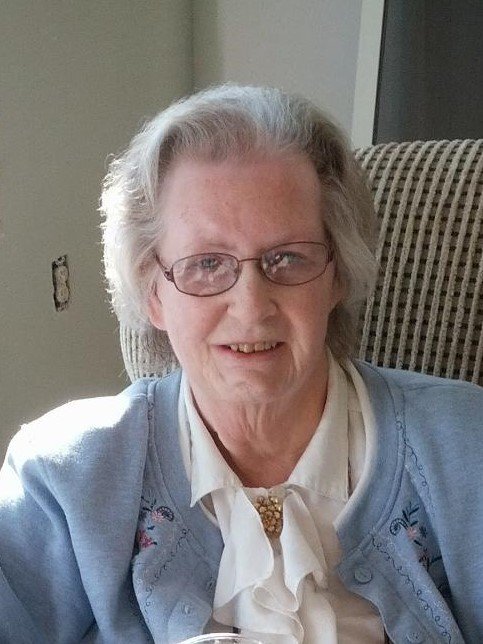 Please share a memory of Barbara to include in a keepsake book for family and friends.
View Tribute Book

Barbara Rundquist Chwatek, a loving mother, grandmother and great-grandmother who was devoted to her family, passed away peacefully at Brandywine Assisted Living in Howell, NJ, on April 25, 2020. She was 84, and died after a battle with Covid-19 and advanced dementia.

She was born on New Year’s Eve, Dec. 31, 1935, the only child of Robert and Jeanette Ross Horn of Lincoln Park, NJ  She lived the first 75-plus years of her life in the house where she grew up in Lincoln Park, and raised her family there with her first husband, Harry Wesley Rundquist.

A child during World War 2, she shared stories about learning of the Pearl Harbor attack during a family dinner; and recalling how on V-E day, neighbors hoisted a piano onto the back of a firetruck and her mother, a talented musician, played music to celebrate as the truck drove through town. She also saved a trove of family memorabilia, from Civil War discharge papers to World Series ticket stubs from the 1930s, and she took great pride in her Scottish family heritage as a Ross.

She graduated from Boonton High School in 1953, then from Katherine Gibbs Academy. She worked as a secretary and office administrator for several law firms and insurance companies, the longest for The Turner Group of Wayne, from which she retired. She was predeceased by two husbands, Harry Wesley Rundquist, who passed away in 1975; and Chester Chwatek, who passed away in 2007.

In 2010, she moved to Leisure Village East in Lakewood, where she lived for seven years. She moved to Brandywine Assisted Living in 2017.

She was a kind, generous person who cherished family above all else. She loved traveling to visit children and grandchildren in Chicago, Texas and New Jersey, and spent many hours enjoying her grandchildren’s concerts, plays, soccer games and Little League games, and proudly attending graduations. She visited her son, Rob, in the U.S. Navy and toured his ship, the USS Enterprise. She also enjoyed spending time at the Jersey Shore with family, on the beach in Wildwood and boating in Brick.

One of her claims to fame was in the 1960s, when she appeared on the TV game show “Concentration.” She won five days in a row and collected many prizes, including a red Triumph Spitfire sports car.

Following the death of her first husband, she married Chester Chwatek, in 1988. They traveled to California and Branson, Mo., among other places, and were active in the Lincoln Park Democratic Club.

She was a member of the Mountain View United Methodist Church of Wayne.

Arrangements will be by Keri Memorial Funeral Home in Lincoln Park, NJ. A Celebration of Life service will be held at a later date, when family, friends and loved ones are able to gather.

Memorial donations may be made to Cure Alzheimer’s Fund, curealz.org.

Share Your Memory of
Barbara
Upload Your Memory View All Memories
Be the first to upload a memory!
Share A Memory