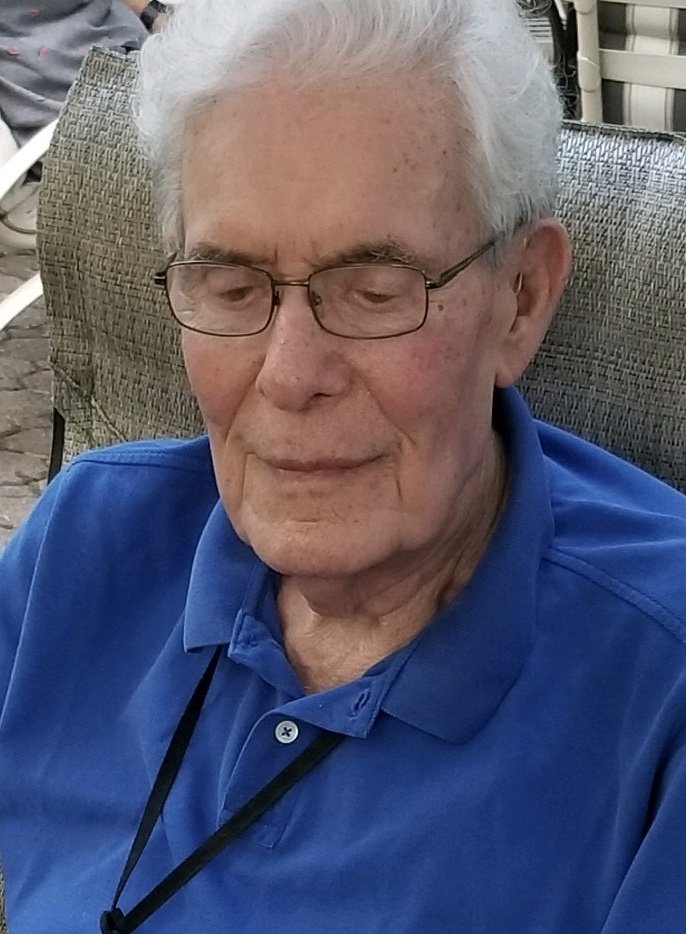 Please share a memory of Alfred to include in a keepsake book for family and friends.
View Tribute Book

Alfred W. Delaporte, 92, of Boonton, NJ passed away on Saturday, April 4, 2020.  He was born in Jersey City, NJ and lived in Wyckoff, NJ for most of his life before moving to Sun City Center, Fl, and then to Boonton in 2018.

Beloved husband of the late Joan Delaporte (nee Skawinski). Predeceased by his parents Alfred and Violet (nee Hauptman) Delaporte. Devoted father of Karen Delaporte of Monmouth Junction, NJ and Keith Delaporte and his wife Patricia of Lincoln Park.  Loving grandfather of Matthew, Steven, Ryan and Peter Delaporte.  Dear brother of Lorraine Fennelly and her late husband James.  Brother-in-law of Robert Skawinski and his wife Connie and Eileen Skawinski and her late husband Walter.  He is also survived by many nieces and nephews.

Alfred served in the United States Navy during WW II. He was Operations Manager for Fisher Scientific in Springfield, NJ for over 40 years and also a 40-year season ticket holder for the NY Giants. He was a parishioner of Advent Lutheran Church in Wyckoff where he was part of the Social Ministry and various other Ministries.  An avid golfer, he was on the Golf Committee at Kings Point in Sun City Center, FL and also volunteered at South Bay Hospital there.

In lieu of flowers donations to the Wounded Warrior Project  would be appreciated.

A public memorial service will be scheduled at a later date at Advent Lutheran Church in Wyckoff.

PLEASE CLICH HERE AT 11:15 AM ON SATURDAY, APRIL 11  TO VIEW LIVE STREAM VIA FACEBOOK

Share Your Memory of
Alfred
Upload Your Memory View All Memories
Be the first to upload a memory!
Share A Memory