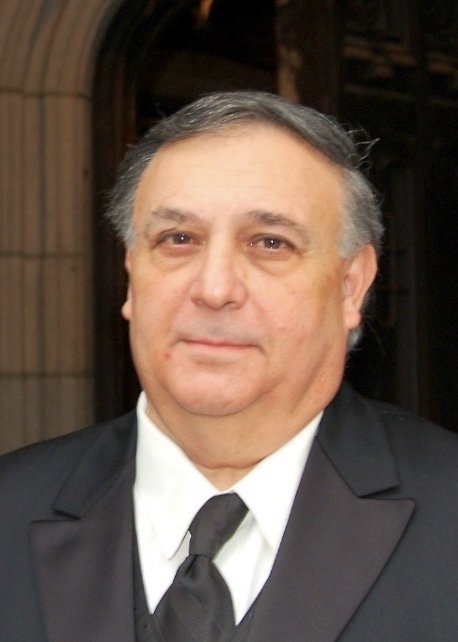 Please share a memory of Richard to include in a keepsake book for family and friends.
View Tribute Book

Richard V. Geraci, Sr. 74, of Lincoln Park, NJ died peacefully Friday morning February 7, 2020 surrounded by his loving family. He was the husband of Marie Huryk Geraci, his high school sweetheart, to whom he was married to for 51 years. He was born August 4, 1945 in Newark, NJ and raised in Bloomfield, NJ. Rich was the son of the late Vincent Joseph Geraci and Marie Soprano Geraci. Rich was a 1963 graduate of Bloomfield High School, then a graduate of Kentucky Wesleyan College majoring in Economics and Business. In his professional career, he worked at Shulton and Sandoz as a supervisor of production before starting his own business MRG services.

He was a past member of the Lincoln Park First Aid Squad as well as a volunteer with the boy scout troop 170.

He enjoyed his yearly vacations to Florida and Mexico with his loving wife. He will always be remembered as an avid Yankee and Notre Dame fan and a collector of trains, but his greatest love, right behind his wife, was his grandchildren.

He was survived by his loving wife, Marie, his daughter Tara M. Geraci-Platt and her husband Shannon Joe Platt of Finksburg, Maryland, his son Richard V. Geraci  Jr. and his wife Audrey Geddes-Geraci of Atco, New Jersey, and seven loving grandchildren Eden, Jonah, Brennan, Dane, Freyja, Skye, and Ava. He was also survived by his siblings Judith Schonmuller and Stephen Geraci. Rich was predeceased by his parents Vincent Geraci and Marie Soprano Geraci.

A viewing will be held from 3 to 7 pm at Keri Memorial Funeral Home, 125 Main Street, Lincoln Park, NJ, followed by a service at 7pm.

In lieu of flowers, donations can be made in memory of Richard Geraci Sr. to the Lincoln Park First Aid Squad, 34 Chapel Hill Road, Lincoln Park, NJ 07035.

Share Your Memory of
Richard
Upload Your Memory View All Memories
Be the first to upload a memory!
Share A Memory