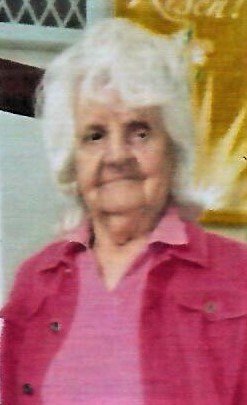 Catherine O. Szymczak, 87, passed away peacefully at home on December 19, 2019. Born in Clifton, NJ, she was a resident of the Towaco section of Montville Township for nearly 60 years. She earned her bachelor’s degree in Mathematics from Montclair State University in 1954 and she was an elementary school teacher and a junior high math teacher in the Passaic school system for a decade, during which time she was selected to attend NYU for advanced certification. While managing a household with two young, rambunctious sons, she earned her master’s degree in Mathematics from Montclair State University. Subsequently, she taught math at St Pius X School in Montville as well as junior high math in the Wharton Borough (NJ) Public Schools. She is survived by her sons, Luke, of Greenwich, CT and John, of Towaco, NJ,  sisters Anna Lane of Sparta and Elizabeth Ryan of Wayne, and brothers, James O’Brien of Las Cruces, NM and Michael O’Brien of Towaco, and her beloved grandson, Peter.

She was predeceased by her parents, James Vincent O’Brien and Anna Theresa O’Brien of Clifton, NJ, her husband of 50 years, Thomas A. Szymczak, as well as her brother, Gerard O’Brien of Phoenix, AZ.

Family and friends may call on Saturday, January 4th at Keri Memorial Funeral Home, 125 Main Street, Lincoln Park beginning at 9:30am, to be followed by a Mass of Christian Burial at St Pius X Church, Montville at 11:30am and interment at Immaculate Conception Cemetery, Upper Montclair.

Share Your Memory of
Catherine
Upload Your Memory View All Memories
Be the first to upload a memory!
Share A Memory