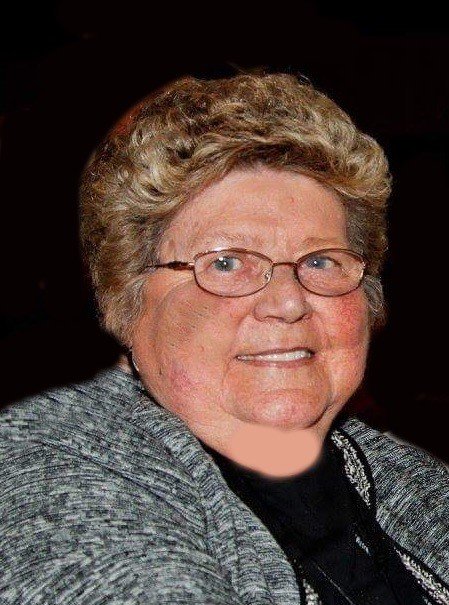 Margaret “Peg” Ann Piccoli (nee Casey) 82, of Lincoln Park, NJ, passed away peacefully in her home on Wednesday, October 2, 2019. Peg was the eldest of her 7 siblings and the matriarch of the family. She was born in the Bronx and started her career as an Executive Secretary for Saks 34th Street in New York City before marrying her devoted husband Henry. The couple moved to Lincoln Park in 1962, where she raised her four children.

Peg went on to work as a Library Aid at the Chapel Hill School and then became Deputy Borough Clerk for the town of Lincoln Park, before retiring in 2002. She made many lifelong friends while working in town, and cherished her years there.

Peg’s passion was cooking for her family—she was Irish but learned to cook from Henry’s Italian family, and was known for her delicious meatballs and manicotti. Peg loved tradition, and every Sunday she hosted a family dinner with many special guests. It was all about the food, family, and music, with most nights ending with dancing in the basement… otherwise known as a “Basement Party.” These parties carried on throughout the years, culminating in the annual Christmas Eve celebration where we recited “Twas the Night Before Christmas” and Peg gifted Hess trucks.

Peg loved America and was proud of our flag. As another tradition, Peg often had flags flown at the state capital to honor a loved one’s special occasion. Of course, most family gatherings ended with a rendition of God Bless America, with Peg leading the chorus.

Peg was a loving, kind, thoughtful and generous person who always saw the best in people. She remembered every special occasion for her family, friends, and pretty much anyone who touched her life. She always let you know she was thinking of you by sending a card (with her lucky $2 bills), commenting on Facebook, or offering up a cup of tea. She will be remembered by all for the wonderful woman she was, and the remarkable legacy she created.

Beloved wife of the late Henry Piccoli. Devoted mother of Daniel Piccoli and his wife Laura of Lincoln Park, Theresa Parise and her husband George of Bay Head, NJ, Doreen Sullivan and her husband Michael of Wyckoff, NJ, and the late Paul Piccoli and his wife Cathleen of Parsippany, NJ. Dear sister of Ray and Sandy Casey, Sean and Patti Casey, Kevin and Pat Casey, Maureen and the late Richard Neurouter, Aileen and Augie Feola, and Marybeth Casey. Loving grandmother of Jessica Luogameno and her husband Jeremy, Brian, Melissa, Andrew and Olivia Piccoli, Cristin and Giorgio Parise and his wife Cheyenne, and Colleen and Daniel Sullivan. Cherished great grandmother of Evelyn, Jack, Aubrey and Maren Luogameno. Caring aunt to many nieces and nephews and friend to many.

In lieu of flowers, donations can be made in Margaret Piccoli’s  memory to the Foundation for Morristown Medical Center, 475 South Street, 1st Floor, Morristown, NJ 07960. Donations may also be made on line at www.f4mmc.org. Please indicate “In memory of Margaret Piccoli/Paulie’s Gift” on the check or online donation.  Paulie’s  Gift is a fund that was created in Margaret’s son’s memory that grants wishes to adult oncology patients at Morristown Medical Center.

Share Your Memory of
Margaret
Upload Your Memory View All Memories
Be the first to upload a memory!
Share A Memory