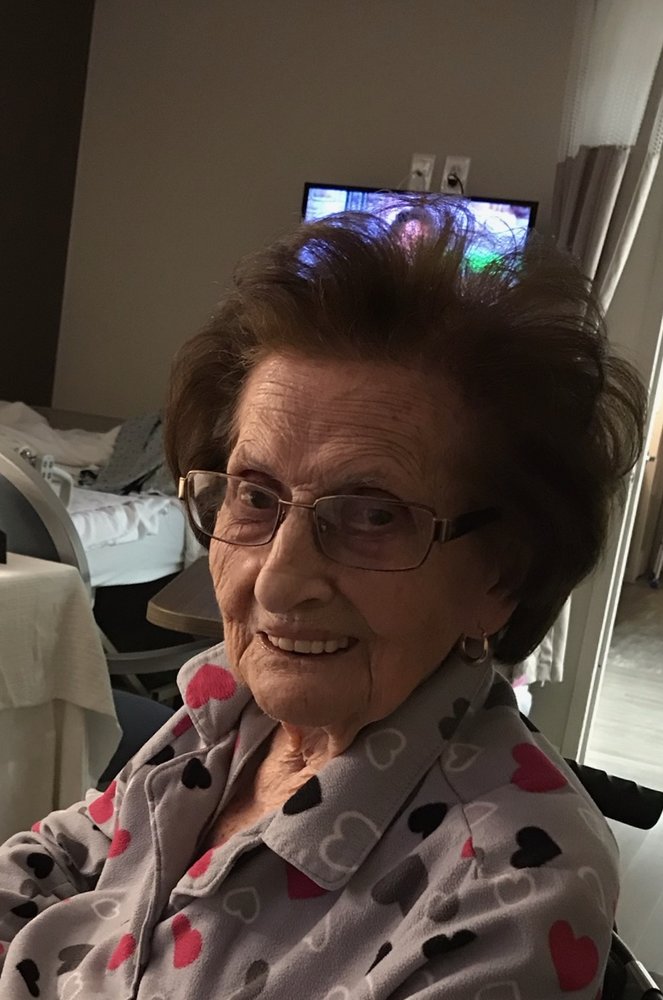 Get Directions
Wednesday
1
May

Get Directions
Wednesday
1
May

Assunta (Sue) Trapanese (nee Chiocchi), 99, of Lincoln Park, NJ passed on April 28, 2019.  Sue was born March 12, 1920, to Pasquale and Lucia Chiocchi, in Paterson, NJ, immigrants from Avellino, Italy.  As a young girl, she worked at Little Falls Laundry, until she married her husband, Vincent James Trapanese in 1941. She spent much of her life in Paterson and West Paterson, later moving to Lincoln Park.  A devoted wife and mother, she later worked as a purchasing agent in her son’s law practice. She greatly enjoyed playing the horses at the Meadowlands Racetrack, and often pressed her luck in Atlantic City.

She is survived by her children, son Joseph Trapanese and his wife Marilyn; daughter, Susan Pizza and her husband Ernest; and son James Trapanese. She is the beloved grandmother and great-grandmother to her six grandchildren and 13 great-grandchildren.

Share Your Memory of
Assunta
Upload Your Memory View All Memories
Be the first to upload a memory!